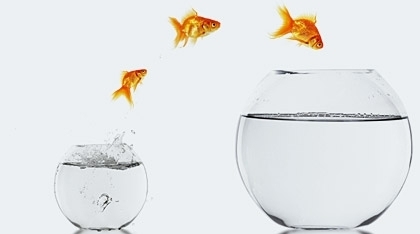 Make money with 3B PLATFORM and 3B PLAYER
You own the rights to all your content hosted on the 3B PLATFORM. 3B NEXUS does not attach adverts directly to your videos or take any commissions or receive any of your viewer payment transactions that are completed via our platform and players. You use your own merchant account for Credit/Debit card payments, bank transfer or other checkout services to capitalise on your existing payment systems without major development and implementation costs.

In-video calls to action for e-Commerce
Engage your viewers and make your videos interactive without leaving the video player and convert viewers to customers by applying conditional in-video ‘call to action’ forms and button components at ‘pause’, ‘replay’, ‘mid-roll’ or ‘post-roll’.

Pay-per-view (PPV) or Pay-per-download (PPD)
Our pay-per-view monetization system is completely self-serviced with customisable features to create revenue generating premium content using multiple pricing rates. The system is flexible and ready to monetize both your live broadcasts and on-demand content. You are in full control of the pricing scheme for your content and for how long to charge. All orders are administered within the players whilst transactions are managed by you through your merchant account.

Monetize your content using direct feeds
Sell your content and send direct feeds or distribute to specific user accounts or sector groups. Exchange video feeds between accounts and charge recipients for your content or charge distributors for publishing their videos on your sites. Your feed recipients or partners may embed or add your video feeds to their playlists, but they cannot resell, share or distribute your content with their own partners. Video on-demand, live broadcasts and webcasts together with accompanying documents can be combined within the same playlists, enabling you to turn entire libraries of content into subscription channels that viewers can access through a single point of purchase and transaction.

Monetize your playlists content via subscription RSS feeds and RSS feed adverts
Whenever you create the embedded playlist channel applets for your website, our system provides the option for you simply to tick a box and notify our integrated RSS feed creator to produce a unique RSS feed URL for your channel. This gives you total control in deciding which of your videos are to be monetized and which playlists you want included to avoid publishing private or premium content to a public RSS feed.

Subscription RSS or contextual adverts
RSS feeds enable publishers to syndicate data automatically. Contextual adverts relating to the playlist content and the RSS feed channel will achieve a higher rate of success, therefore, keep your playlist content relevant and up to date. Consider giving your viewers a choice between subscription RSS with an option to pay for the feed ad-free and viewing adverts within in the RSS feed. Knowing your audience will help determine the most effective model for you to monetize your playlists content from the channel RSS feed.

Integrated VAST/VPAID Standard plus HTML5 Mobile Advertising
Interactive Advertising Bureau (IAB) latest standards - VAST3 and VMAP1. 3B PLAYER alongside the 3B PLATFORM is ready for your Ads, providing a comprehensive integrated advertising solution with support for virtually all Ad Servers and Ad Networks on the market. You have the ultimate freedom and flexibility to partner with any provider to source ad tags from universal Ad serving networks across Flash and HTML5 environments. All you need is simply to supply the VAST/VPAID tags to start serving video adverts. We support a large variety of ad units including: mobile pre-roll, linear pre-, mid- & post- roll video ads; interactive VPAID ads and companion ads on desktops, smartphones and tablets.

3B PLAYER has built-in support for the two leading video ad frameworks: VAST/VPAID and Google IMA.  VAST/VPAID are Ads served by a VAST-compliant video ad server (VAST 3.0 and Mobile Ads). This is the default and most widely used method. Google IMA ads are in-video ads served by Google's Dart For Publishers (DFP), supported through the Interactive Media Ads (IMA) SDK version 3.

Supported Ad Creatives
In Flash and HTML5 mode include the following formats:  Linear, skippable linear, non-linear, companions and ad pods.  Support for creative types depends upon the device's Flash or HTML5 capabilities. Generally, FLV and VPAID work in Flash, MP4 works everywhere and WEBM only works in Firefox/Chrome in HTML5.


Different options can be implemented including:
Pre-roll, non-linear banner image overlay, companion ads, ad break schedules (placing ads in specific points of the video timeline), arrays (playing more than one video advert in a pre-roll or ad break, for example, play 2 video ads at offset: x), setup for skipping ads, click-through URL (when watching the ad, viewer can click on the player or banner to go to a specified website), running static adverts without using an ad server, using more than one different ad servers (called  waterfalling), if one tag has no ads, look in the next tag and so on, ad message (adding a message such as: ‘Sponsor message or  video starts in 00:00’), tracking Ad impressions, clicks, etc.

Supported Ad Servers
Here are some of the supported ad servers that work with 3B PLAYER.